This week we had Michael who is the GM of Sea Shepherd New Zealand come to pick up their new 610 Game Fisher.

For those that are not familiar with Sea Shepherd, they are a non-profit direct-action ocean conservation movement. With 13 large ships and numerous smaller vessels in over 20 countries worldwide, their mission is to protect defenceless marine wildlife and end the destruction of habitat in the world’s oceans.

They aim to use the 610 Game Fisher to monitor endangered marine wildlife in New Zealand such as Maui dolphins, they will also be running marine debris removal operations.

When speaking to Michael he mentioned that the reason they went with a Surtees was for its reputation for safe handling and high quality.

We are so proud to be involved with such an incredible organisation that has the will to fight for the ones that cannot fend for themselves. 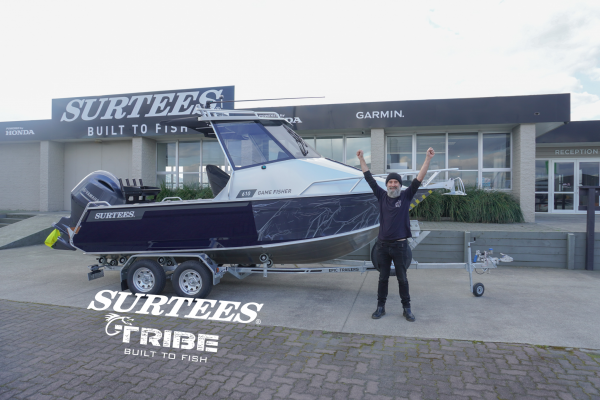