PRESENTERS SCOTT PARRY AND MIG RUMNEY RETURN TO THE SCREEN WITH ANOTHER SEASON OF HIGH ENERGY ENTERTAINMENT AS THEY ADVENTURE AROUND NEW ZEALAND.

Ten years after setting out on their dream of landing a fishing TV series, Scott Parry and co-presenter Mig Rumney are back on New Zealand’s TV screens with Season 10 of Fishing and Adventure.

The crew are back adventuring around the country, this time with their epic new Surtees 8m Holy Ship, taking the filming trips to the next level and putting the rig through its paces in search of the ever-elusive challenge fish.

This season sees the team venture back to one of the best spots in the world - Doubtful Sound – Fiordland, producing three episodes that showcase some of New Zealand’s most stunning scenery. These episodes give viewers an insight into the dramatic landscape and remoteness that this fiord offers kiwis looking for the ultimate wilderness adventure.

The Wairarapa coast was in the season planning early on this year, after the 2020 trip was cut short due to the first nationwide lockdown and it didn’t disappoint. The West coast delivered drama and excitement from Raglan to Patea while the Far North adds epic scenery and fantastic fishing. The Coromandel features with a head-to-head challenge at the Mercury Islands and a land-based trophy hunt out from Fletchers Bay

“All-in-all we managed a huge variety of locations and species with a nice balance between the hero missions and the back-to-basics grass roots trips. Of course, there were consequences and I'd have to say somehow these keep getting better... for the viewers, definitely not us!” admits Parry. 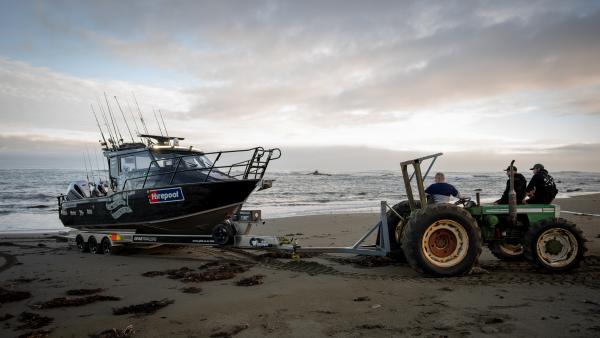 As Fishing and Adventure heads into its 10th season on air, the team has time to reflect on the how it all started.

“We literally knew nothing about making a TV show when we started.  Our background was working on the tools and doing (Sky) installs. All we had was a viable concept for a television show. We saw there was a gap in the market for something a bit younger and fresher. And we obviously had a bit of a plan for what the show might look like.” Parry explains.

The show now has a team of five behind it, allowing them to have in-house production and a dedicated sponsorship and marketing team.

Fishing and Adventure has grown to become New Zealand’s top-rated fishing show, and the crew is showing no signs of slowing down, with plenty of plans for the future. 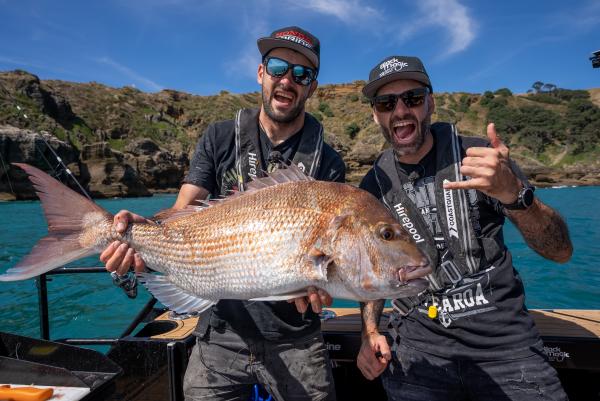